My start to NYFW was off to a rocky one. Not feeling 100% myself from being extremely exhausted from personal and family emergencies, I wasn’t sure if I would have been able to be the ultimate girl on the go this season. However with a major push from very a few very dear friends of mine I realized that NYFW was where I needed to be this week, no matter what was going on in my life. We all have those days where we feel as if the universe is completely against us but when you have really great women in your life that empower you and show you that you can persevere through it all, this is what friendship and life is all about. So, before I continue to write about my first evening at NYFW, I wanted to thank two friends who got me through a very rough week! They know who they are and are in the picture above! I love you ladies!! All the woman in this photo are fabulous and I love them equally!

OKAY!! SO, because of my not-so-fashion-blogger-mood, I ONLY took insta-snaps and forgot to save them. Womp Womp! So I do not have any other pictures from the LuLu’s event, which was fabulous and a great time connecting and re-connecting with fellow blogger babes!! It is great seeing fellow fashion and beauty bloggers that you don’t get to see on a usual basis. The party was filled with beauty, fashion and the best DJ a music lover could have ever asked for! Not only did my friends, but that night “a DJ Saved My Life!” (music junkie reference) Sipping on champagne, devouring delicious strawberry flavored cotton candy, dancing, and testing new products by Woodzee, NYX, NuMe, Sigma, The Balm, Stainiac, Japonesque and Amika was certainly a treat. Thank you, LuLu’s for having me again this season! I always love your NYFW parties!

After having a blast at the LuLu’s party ( and running a bit late ) I headed over to the Demoo ParkChoonMoo show with my fellow blogger,  fashion week partner in crime, and longtime friend Leckie. As we arrived at Pier 59 we realized that we were in the wrong location and then it started to rain! As if it wasn’t hard enough to fetch a cab in that part of tows as it is. After shamelessly trying to flag down taxi’s and order Ubers that kept canceling. We started talking to a couple on the same street corner as us who was also having the same difficulties we were. Fighting for cabs in New York City is an art form and I believe we both thought we each were trying to one up eachother’s taxi fetching game. After kind conversations we realized that we were both rushing to the same show so we decided that whichever UBER or taxi we get first, we’d share it! This is what I love about NYC. You never know when you’ll make a new friend in the most stressful situations. (giggles) Their Uber showed up first and in the SUV we went! Our driver was a character too, asking all of us what our zodiac signs were and guessing our personality traits and what would happen to us this year in life and love! He was pretty spot on with many of the things he was saying. So, with literally 1.5 minutes to spare ( we were already 20 minutes late and fearing that the show would start without us) we rushed out of the car, said our thanks yous to the driver and RAN into Skylight at Clarkson Square (The venue where the show was taking place). As We ran inside the security told us to hurry since the show had already started. we managed to find seats in the back since our assigned seats were already taken and walking across the runway to find them was not an option!

The collection was great, I must say! For Spring 2017, Demoo chose to design a collection using lots of  loosely fitted garments with well aligned and slightly geometric color-blocking that added excitement to a rather monochromatic and simplistic collection. White, Black and Blue was the color scheme but it was not done in a tired manner. Many of the looks resembled those of Fall/Autumn garments or those can can transition into any season, which in my opinion is always a plus!  I really liked this collection and I since the fit it not as tailored as Demoo ParkChoonMoo’s past collections, this allows for more body types to explore and make these garments their own! 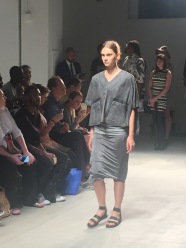 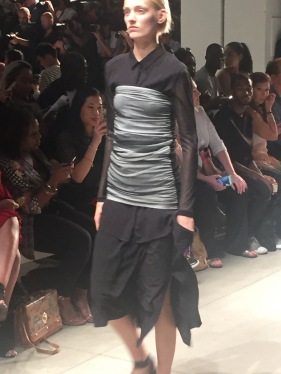 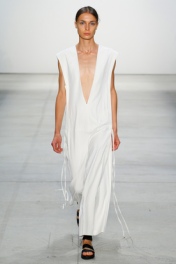 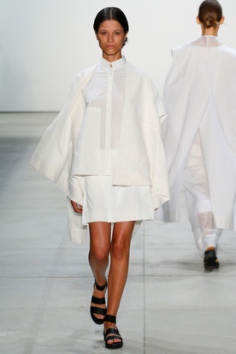 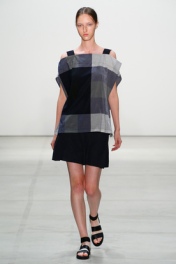 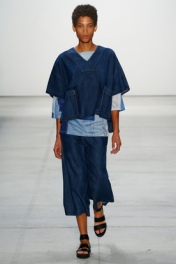 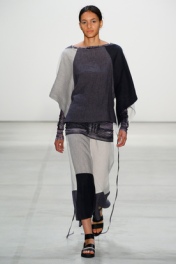 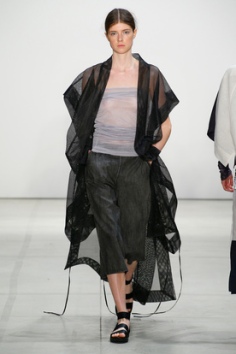 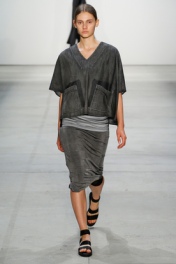 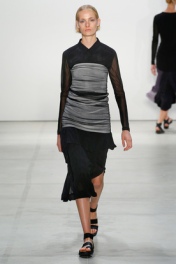 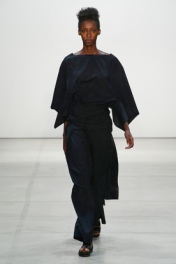 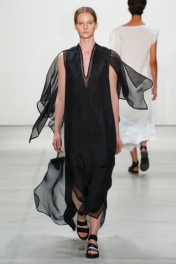 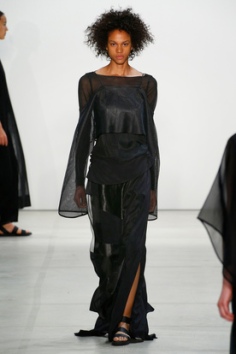 AFTER THE SHOW WE WERE STARVING FOR SOME MEXICAN FOOD – SO WE HURRIED TO OUR FAVORITE LITTLE WEST VILLAGE SPOT – DIABLO ROYAL FOR SOME SPICY TREATS AND LOTS OF GUAC!!!