There minimalistic and sophisticated collection titled “The Malibu Anthem”, took inspiration from the like minded attitude of Mark and Estel’s hometown of Malibu, California.  This was definitely not your average neon painted collection which most associate Malibu with. Instead the clothing were designed in a dark monochromatic color palate which consisted of black, white, blue and gray. The way Mark and Estel layered their deep blacks with their bright whites and light grays felt effortless and chic which a very breezy quality. Which would make sense since the designers proudly announced to us all that the entire collection was made from cotton, sweatpants, jeans and T-shirts! How incredibly creative and talented are Mark and Estel to create an entire collection out of today’s basic staples and transform them into garments that look much more expensive and contemporary.  The only pops of color (burgundy, sea foam and gold) that existed were shown on a few accessories a pair of skin tight jeans and through the models nail polish. In true rock-star fashion many of the looks were skin short, skin tight with pants, shorts and skirts yet with the playful juxtaposition of loosely fitted jackets, blouses and crop tops! It was also great to see the guests rocking out to the music that way played down the runway. 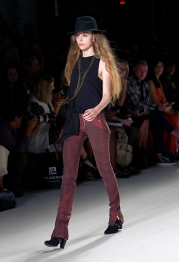 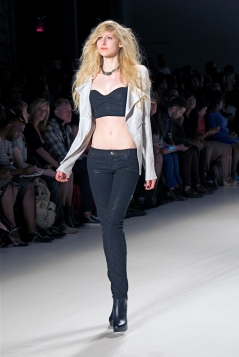 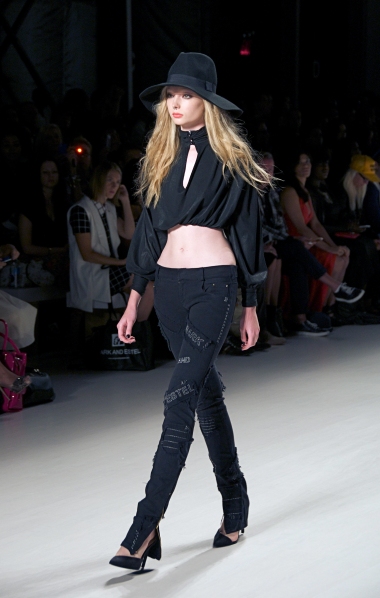 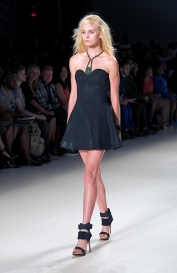 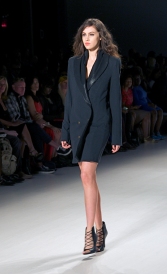 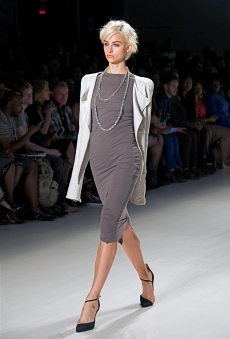 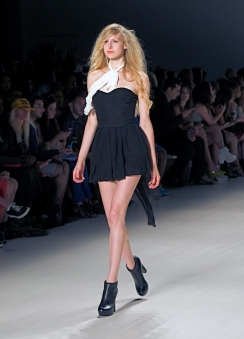 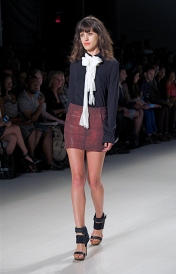 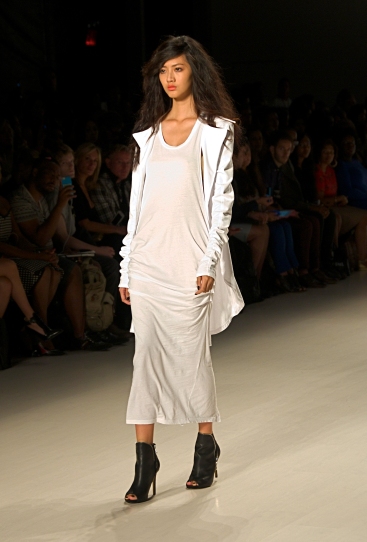 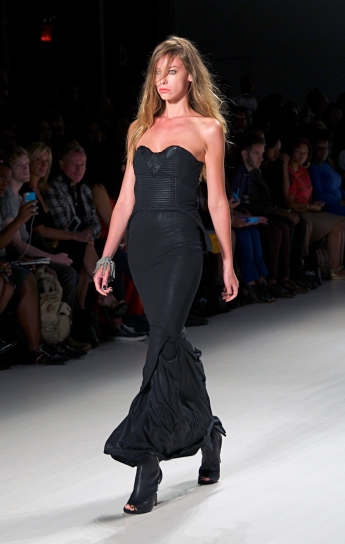 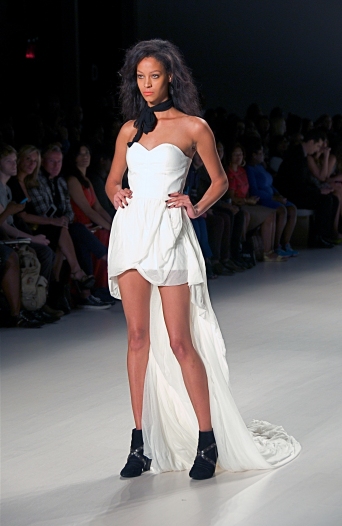 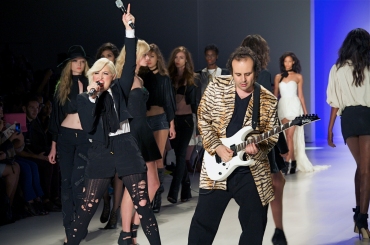 The fashion show commenced traditionally with an electric performance by Mark and Estel running out on the runway bringing the house down with their killer rock-star dance moves and vocals! It’s really great to watch and be a part of! Can’t wait till Mark and Estel’s Fall 2015 collection!! It’s going to be rad!