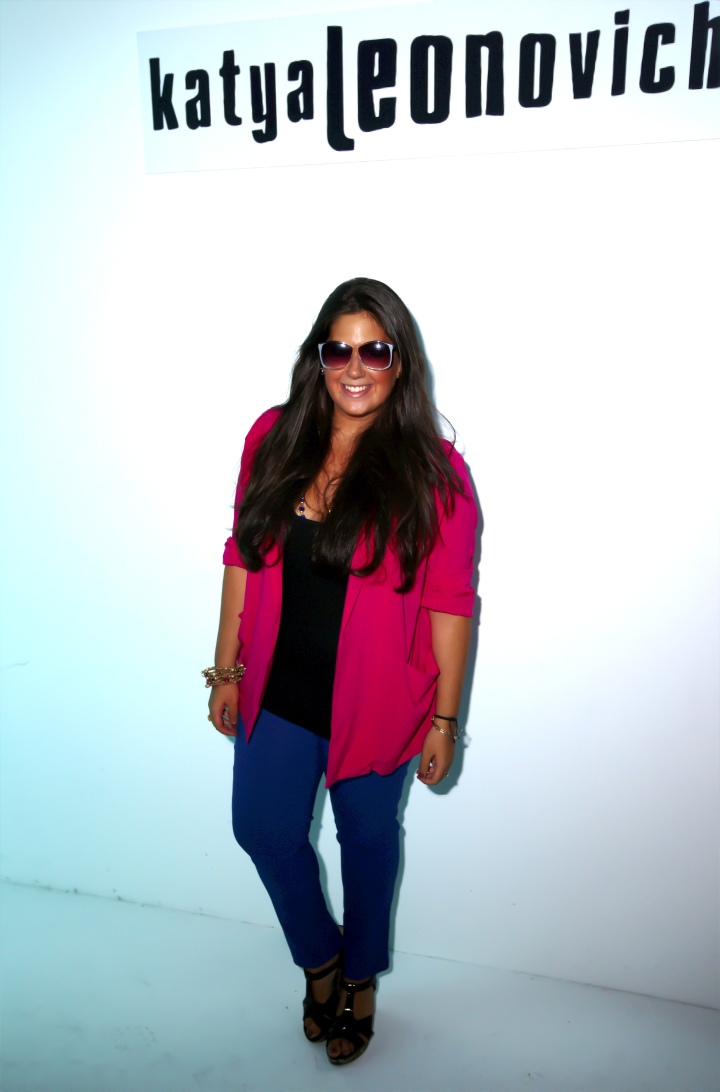 walking to the tents for the second day of Mercedes Benz Fashion Week was a great feeling. I was ready to take on the fashion world one show at a time. After checking in my phone buzzed with a text message from an old college friend seeing me walk in! I love when this happens, bumping into people from the past is awesome!! Catching up before the show started was fun and being seated next to each other in the front row was even more ironic!

The lights went down and the show began:
Katya Leonovich’s Spring 2013 collection was filled with bright, deep and whimsical fabrications; resembling an “under the sea” watercolor extravaganza. Leonovich pulled inspiration from paintings she had hanging in her studio, Incorporating the art element to her collection. after all, I am always saying fashion is art! Draped chiffons were the mainstay throwing the collection. Hues of purple, pink, blue, light gray, and green, took over. Metallic leather gave a punch to the soft free flowing fabrics which made for a harder textural feel.

All of a sudden the music changed its tune and two models came down the runway, each wearing a laser cut and hand painted purple gown with what appeared to be a face placed on their hip. Who’s portraits were painted, do you ask? Well, even though they’ve been touring the country on their campaign trails for the 2012 elections, President Barak Obama and Republican Presidential Candidate Mitt Romney took 30 seconds out of their busy schedules to show face!

A very political statement Leonovich chose to weave into her collection. When interviewed as to why she chose to feature these men, Katya replied “When I have my cup of coffee every morning I see their faces, so I thought why not? Let’s see which dress wins?” I thought it was an interesting way of tying in cultural events with fashion. 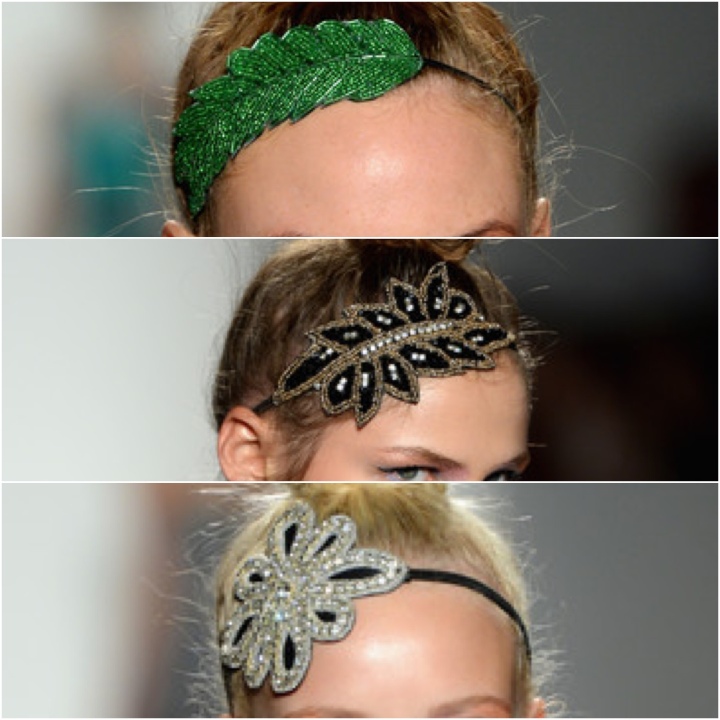 Beaded appliqué Headbands like the ones shown above we’re worn on every models head. Although a huge trend a few years ago, it worked with the collection. The shoes, which consisted of strapped sandals with either a wide rounded heel or a slimmer heel also made a great touch to the frocks. 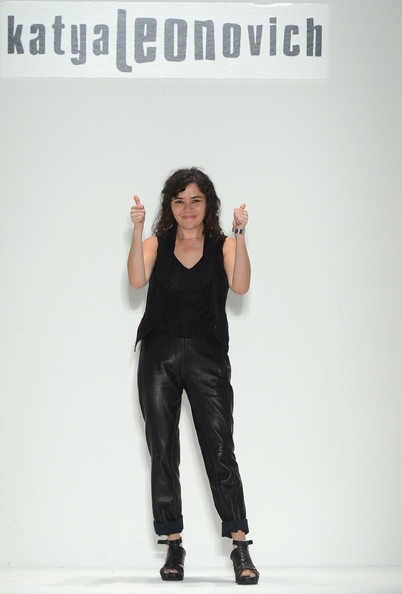 An exciting part of the event was receiving this beautiful silk scarf in the same watercolor print as what was shown in the collection!!! Who doesn’t love a goodie bag! I can’t wait to wear it next spring!!

Photos by: Zimbio, Wenhao Li & Me!