As the Super Bowl of 2012’s Half Time show began, as soon as I heard the first note I knew the queen of pop was going to perform Vogue as the first song in her 7min set! I was SUPER excited!!!!! Why not bring a little style and grace to the super bowl?!
The stage was AMAAAAAHH-ZING & had images of vogue magazines tiled under Madonna as she performed! I didn’t get a picture of it exactly but I did however, get to capture a few others on my iPhone as I sat in front of the TV watching! 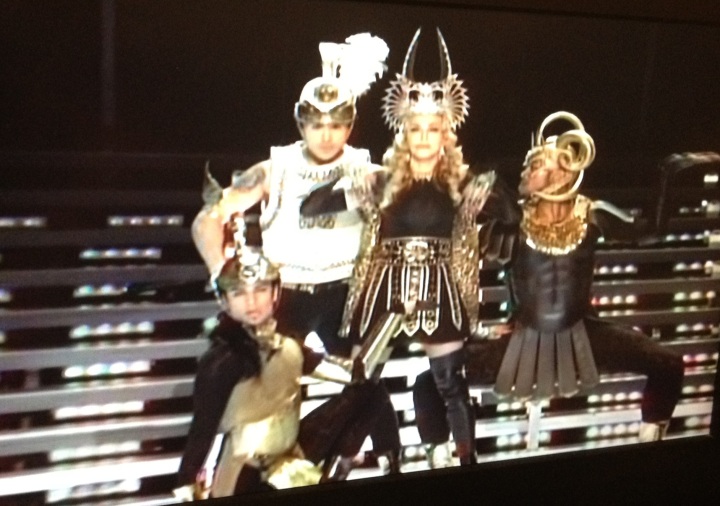 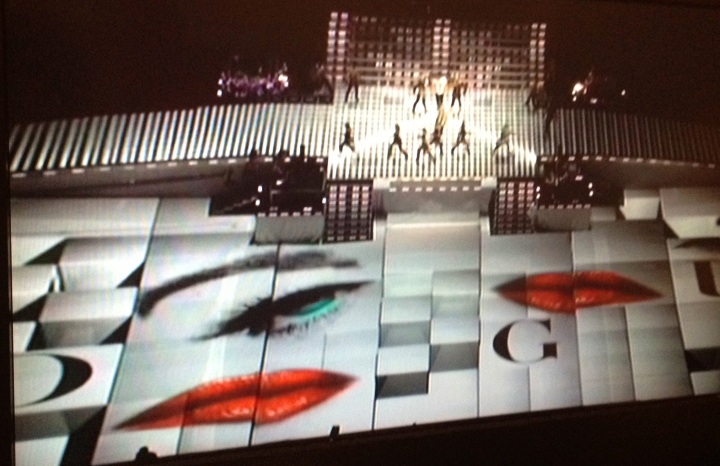 <
L.M.F.A.O was there remixing “Mr. DJ” which added a little fun to the evening! Madonna added her own style to singing…”I’m Sexy and I know it!!” Very cute! 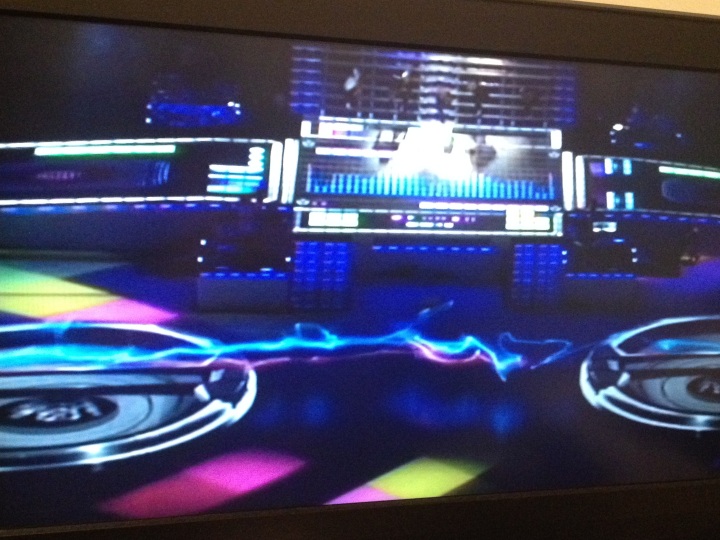 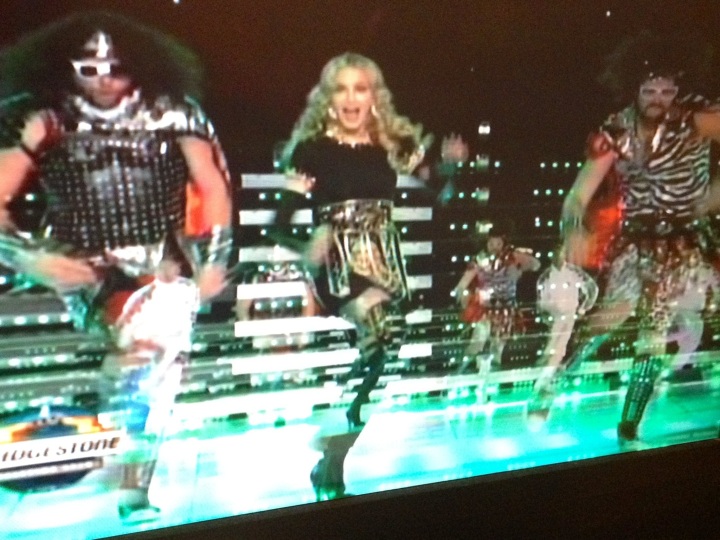 Then Nicki Minaj & MIA entered the stage to sing their new song with Madonna, “Give me all your luvin”!! 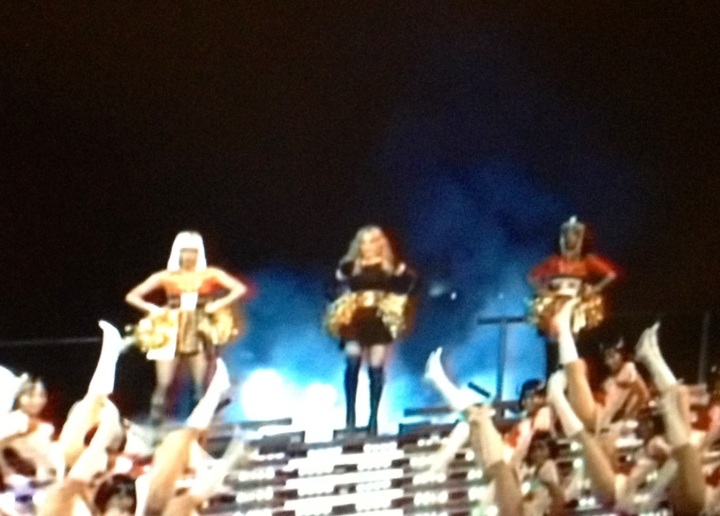 But my favorite part of the half time show, other than Vogue, was when CeeLo Green came on and performed ” Like a Prayer“! His voice added something great to the harmonies! 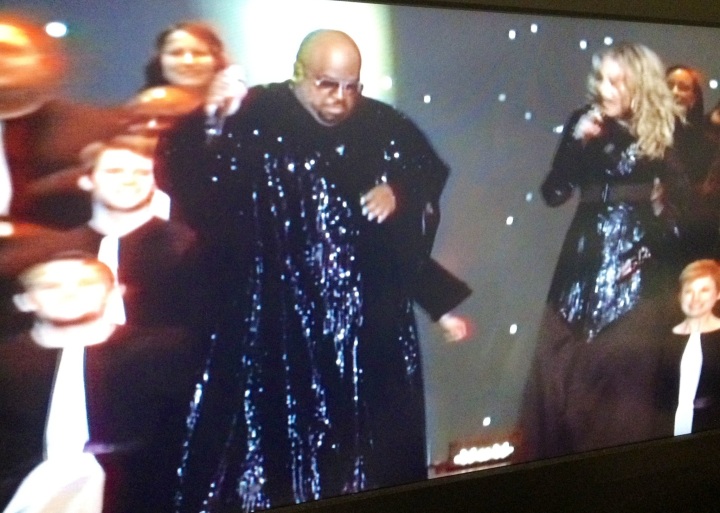 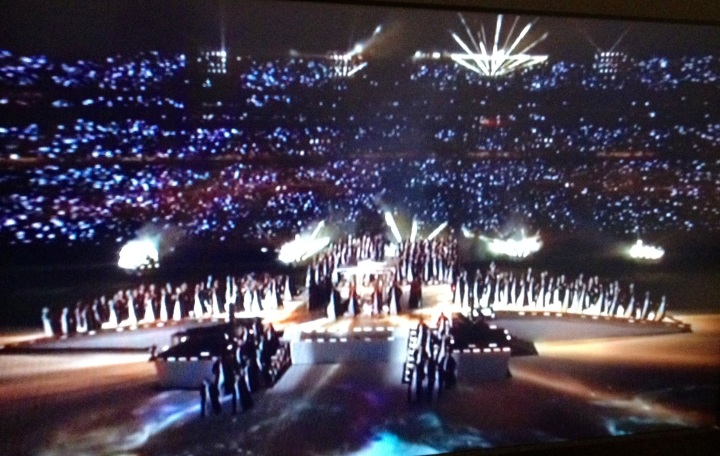 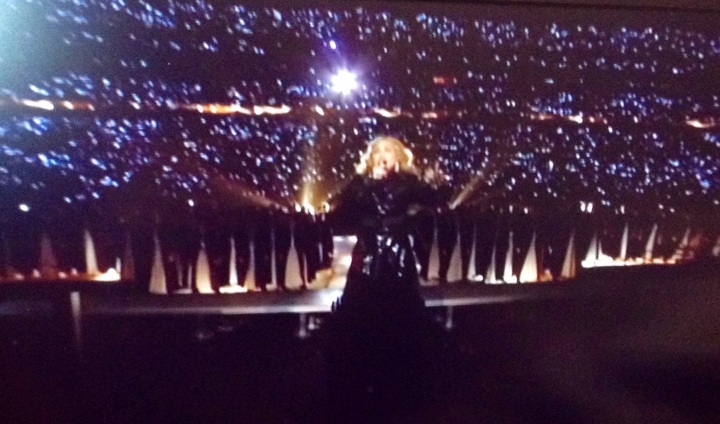 At the end of the game the New York Giants won!!!!!! YAAAAYYYYYY!!!! Si happy for my city and the guy of the Giants for winning yet, another Super Bowl! To next year!!